Up, up and away

When the daily commute became too much for a busy pair of air industry entrepreneurs in west Scotland, they came up with a way to avoid it completely: build a house on their airfield!

Colin Mackinnon and Marta Briongos bought Strathaven Airfield in South Lanarkshire 14 years ago and commuted from Glasgow every day to run it. As the airfield could be operating pretty much 24/7 from sunrise to sunset, Marta and Colin quickly realised they needed to be closer. “We thought it would be a good idea to move to Strathaven,” says Colin, “then we thought it would be an even better idea to build a house onsite if we could.”

Marta and Colin had already made a few changes and improvements to the airfield since they had purchased it, and as a result felt they already had a good relationship with the planning department. “We talked through what we were thinking, and they were supportive of our plans. However, then we had to decide who we were going to ask to design a house for us.” The couple already had a few ideas of their own in terms of design as Marta had attended art school in Madrid, and Colin had always had a keen interest in art; they now needed someone to turn these ideas into a building. After researching architects from across the globe, they invited Richard Murphy, a world-renowned architect from Edinburgh, to come and see the site.

Asides from being a successful architect, Richard was also a microlight enthusiast and was keen to visit the airfield and hear Marta and Colin’s ideas as Colin remembers: “The fact that he had this hobby did appeal to us, and when he flew over to see us he instantly seemed to get what we were looking for.”

One of the couple’s stipulations was to have the main living space sited on the first floor, to better take in the views. “That came from life experience,” says Colin. They previously lived in a top floor flat in Edinburgh and loved the elevated vista. “When we mentioned this to Richard, he shinned up the windsock mast and said: ‘Yes, you’re absolutely right – much better view from up here.’ We very much liked his hands-on attitude.”

Before their meeting Marta had also been working on a rough mood board, collecting colours, shapes, putting together things that they liked. “We gave it to Richard, discussed a few ideas and the next time we saw him, he arrived with his design; we hadn’t even confirmed whether we were going to work with him or not!”

“At first I was thinking, where’s our choice of three designs?,” Colin laughs, “However, Richard came up with something neither of us could have imagined! It’s a big credit to Richard that he actually listened to what we wanted, and then added a bit of magic dust.”

The couple only instigated two changes to Richard’s design. One was to make the car port into a garage with a proper door, and the second was to add a separate utility room as Richard had initially housed the washing machine in the bathroom next to the main bedroom. Colin and Marta decided this would be too noisy and located the utility room downstairs, in the room that was situated furthest from their bedroom.

The final layout consisted of a sitting room, kitchen/diner, snug, main bedroom and ensuite on the upper level and three further bedrooms, utility room and garage on the ground floor. And, although agreement on the design and planning was relatively swift, achieving the build itself was slightly more complex, as Colin remembers: “We were stuck in the middle when it came to builders. You have firms that build timber frame houses and then you have firms who build office blocks and hotels. We were too different for one group and too small a project for the other.” In the end they decided they had to project manage it themselves, to “bring together some of the contractors.”

Even finding a decorator was difficult, as the interior was as unique as the structure. Features that the couple wanted to emphasise and stand out – such as the steelwork – they were encouraged to box in and hide. “Some tradespeople look at a drawing and try to relate it to their own experience rather than looking at the actual details,” Marta recalls. “It was hard to explain what we were trying to achieve without being able to show them an example.”

Some ideas also needed some serious head scratching in order to be brought in on budget, too. The curved ceiling is a case in point with the first version being quoted at £15,000 – which simply wasn’t feasible. However, after lengthy discussions with their joiners a suggestion was made to use an incredibly flexible 6 mm ply with a 6 mm plasterboard, which could be sandwiched together to create the desired curved effect. On the decor front, Marta’s Spanish heritage meant that colour was going to take centre stage, as she explains: “I’ve been living in this country for nearly 25 years, and I still don’t understand why people insist on using so much grey. Colour is so important, and Colin and I both love it. We aren’t scared of colour and experimenting with it. Try a bright colour, and if you don’t like it, just buy another tin of paint!”

The colours in the property are still evolving, with the fireplace only acquiring its vibrant orange hue more recently. And with so much greenery outside and an abundance of windows, experiments are still being conducted on how best to complement it. In some areas the couple have opted for a neutral backdrop with bold, colourful furniture and artwork, and in others the colour is in the main fixtures and fittings such as the red kitchen work surface and the orange bathroom furniture.

All four bedrooms have been designed as calm spaces which encourage sleep, and they have been kept deliberately minimal in terms of decor and furnishings. Any colour comes from the external views which are framed perfectly by the porthole windows. In the guest bedrooms, the only furniture is a bed and a bedside table. Storage comes in the form of small built-in racks for hanging clothes, and a few shelves plus a large cupboard down the hall for any overspill. This was because when most of Marta and Colin’s friends and family come to stay they only travel with hand luggage. “Our guests spend their time in the main living area, they don’t need huge bedrooms. A friend likened them to sleeping pods, which I think is very apt,” says Marta.

Indeed, the layout throughout the property works incredibly well for entertaining, as Marta explains: “Pre-Covid when we had friends staying and the weather was rubbish, we were stuck inside, and it was fine. The communal areas flow really well, it’s easy to cook, easy to dine and then move through to the seating areas to relax and socialise.”

Whilst the internal layout and its finish has obviously been carefully considered, probably the most stunning aspect of the design is the way the building sits in such a barren landscape. At the end of the airfield is Europe’s largest onshore windfarm, but the rest of the landscape is more traditional, including old aircraft hangars. The aim therefore was to find a building that tied in with, and complemented both. The solution was a simple cantilevered steel frame with roof and wall clad in mill- finished corrugated aluminium, a material which resonates with the cladding of local farms and indeed that of the adjacent hangars. Fortunately, Richard’s design resonated with both the planners and Colin and Marta, who all agreed that a modern, kit-built house would have looked rather bizarre in the middle of an airfield.

“Obviously, tastes are subjective,” Marta continues, “I love coming around the bend in the road and seeing the shape of our house. I love how it changes in the light of the day and I love how from whichever side you look at it, it has a different aspect.” As expected, Marta also had strong views on the colour and eschewed the traditional hangar green. “You see them in the landscape whether they’re green or not, they’re big sheds – so why not just make them more interesting?,” she says. “When I see our house in this openness around it, it’s like a big sculpture in the middle of the landscape, it’s a piece of art. It was important to us that the house added to the landscape, it didn’t need to merge, just as long as it added something.”

The finished result is indeed impressive but the journey to get to here was a long and bumpy one with a major setback that nearly derailed the entire project. The couple had been building for two years when their main hangar burned down, causing £850,000 of damage. It took five years for the insurance to pay out and during that time their house fund was used to keep the airfield going. This meant the project took roughly four years to build with a two-year hiatus in the middle. “Whilst it was tempting to abandon it at times, the frame was up, and the windows were in.” Colin recalls, “However, it was incredibly difficult to get the momentum going again.”

But get it going they did, and today they say there is nothing they would change about their unique home. During the planning process this couple thought through every conceivable circumstance in how they would use this house and this painstaking process has paid off.

In that respect, Colin says that they don’t really have a favourite bit of the house. “Our favourite room or area will depend on the weather and what we’re doing at that particular time. Each space reacts perfectly to its purpose.”

“Building our home was a challenge, and now we’ve completed it, I don’t think we’d do another one,” says Marta. “However, I think that’s because we can’t imagine the need to build again. It’s not just the house, it’s our airfield, the community in Strathaven, it’s a whole package.” 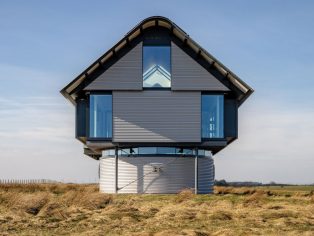 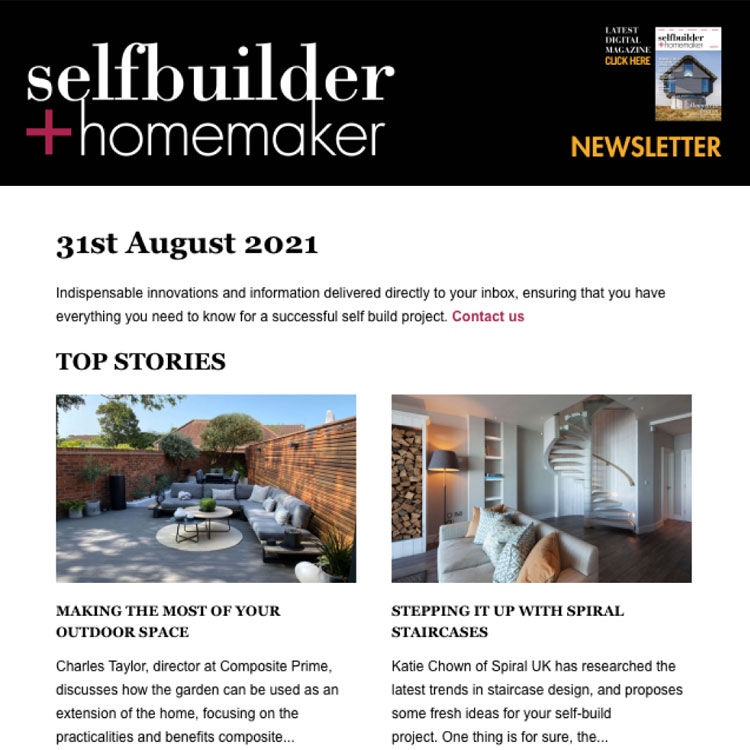