The pros and cons of zonal planning

The Royal Town Planning Institute (RTPI) has published a new report which sets out the strengths and weaknesses of zonal planning systems.

Planning Through Zoning provides an insight into the use of zonal planning in a number of different nations such as the Netherlands, Germany and the US and examines the potential impact of a similar system in England.

It comes following the recent publication of Planning for the Future, a government white paper which proposes three broad land classifications – sometimes known as zones – in a new local plan, differentiating areas for growth, renewal and protection.

The report aims to improve general understanding of different types of zonal planning systems and how England could use zonal planning based on these practices. It looks at England’s current discretionary planning system and compares it to more regulatory zoning approaches in other countries, exploring the pros and cons of each.

Chief executive of the RTPI, Victoria Hills, said: “Zonal planning is not a homogenous idea and exists in many different ways in different countries, including in countries where zonal planning is implemented in a hybrid system within discretionary system.

“The move to a less discretionary planning system is a controversial and radical move for England. It is essential that such moves are backed by strong evidence base and open to wide debate. Our report provides a useful contribution to that.”

In a letter to the Times in June chief executive of the RTPI, Victoria Hills, referred to local planning zones as ‘blunt instruments’.

Following publication of the white paper, she referred to the proposed new system as ‘rather simplistic’ and called for further detail on how it would enable the upfront delivery of critical infrastructure and increase design quality, especially when coupled with the expansion of Permitted Development Rights and changes to the Use Class Order.

The Institute is currently consulting its members on the Planning White Paper and will be making its formal response at the end of October. The RTPI has also produced a one-page explainer on zoning. 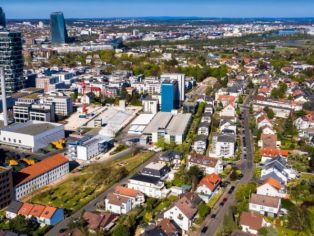